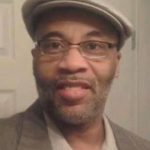 Barry was born on November 25, 1957 in Louisville, Kentucky to the late Frank Cardine, Sr., and Robbie (Mayes) Cardine. Our Heavenly Father called Barry home peacefully to suffer no more from pain and the multiple illnesses he had been dealing with for several years.