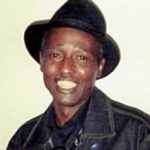 Charles Lee Redmond, Jr., 64, passed away on November 8, 2020. Services will be 11 a.m. Saturday at New Jerusalem Missionary Baptist Church, 2973 Wilson Avenue, with interment in Green Meadows Cemetery. Visitation will be 6-8 p.m. Friday also at the church.

Charles (Lee) was born in Louisville, KY on February 20, 1956 to the late Charles Lee Redmond, Sr. and Juanita Redmond.  He was a graduate of Male High school, he grew up in the Greater Salem Baptist church where his family had deep roots, and he received Christ at an early age.

Charles (Lee) married Tamela Jean Starks in 2009 and it was a great union together.  He was employed by Industrial Carbide for 17 years where he was a loyal employee.

Throughout his life Charles (Lee) was always the life of the celebration.  One of his last desires was to cast his vote in the last presidential election.  He loved to travel and enjoyed spending time with his grand children, and one exceptional joy was Ethan.