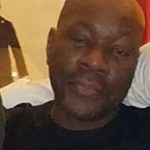 His birth name is Chartone. Family calls him Channy. Friends call him Tone.

Chartone Thompson was the second of three children born to Jacqueline L. Cowherd and Willie Peoples on July 14, 1966. He was called to rest suddenly on May 29, 2020. He was preceded in death by both parents and grandparents. Chartone accepted Christ as a child at Ebenezer Baptist Church under the pastorate of the Rev. Eddie L. White.

Channy loved his family and friends. To know him, you knew he loved music, dancing, and making others laugh. He had a love for drawing. If you ever saw any of his work, you would be amazed at just how talented he was. He was also very crafty. He could fix anything broken and restore it back to working condition. He had more talent in his two hands than some who went to school to learn a trade.

Channy was a former line cook on the Star of Louisville. He also worked at Angie’s restaurant as a cook. He worked several variations of jobs throughout his life.