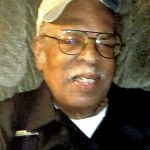 Services will be Tuesday, January 28, 2020 with visitation beginning at 10 a.m .and funeral service to follow at 11 a.m. at Rodgers-Awkard & Lyons Funeral Home, 951 S. Preston Street. Interment will be in Kentucky Veterans Cemetery, Radcliff, KY.

Chester W. Lambert, Jr. was born May 28, 1946 in Evansville, Indiana. He departed this world on Thursday, January 23, 2020. Chester was born to the parents of Chester and Francis Lambert on May 28, 1946. He was the first of nine siblings of which three preceded him in death. Chester attended high school in Milwaukee Wisconsin and later joined the United States Navy at the early age of 15 years old. He was in the Navy for 15 years. Chester was married and later divorced and to this union no children were born. After the Navy Chester moved to Louisville, Kentucky and worked for Phillip Morris for 25 years. Chester accepted excepted Christ at an early age and attended Mt. Olive Missionary Baptist Church.