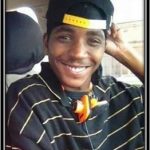 Louisville – 33, passed away April 28, 2021. He is survived by Bridgett Robinson (Julius) and Damon Parker Sr. (Charlesetta), sons Izaiah Parker, Damon Parker III and daughter Mylah Parker. In addition to his own children, Damon was a father figure to and helped raise; LaNae Webster, Kionni Davis, Rhonni Pryor, Freddy Pryor, and Nadia Davis. He is also survived by sisters Cierra Parker, Alanis Robinson, Jada Robinson, Rellya Robinson, Johnetta Robinson, Julie Robinson and Makayla Robinson and a host of aunts, cousins and other family members and friends. He will be greatly missed by all who knew him. Services will be Wednesday, April 5th beginning at 11am with visitation and services to follow at 1pm at Von Spiegel Baptist Church, 3334 W. Kentucky Street. www.ralfunerals.com.