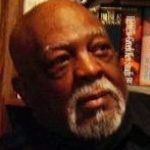 George Earl Harris, passed away quietly on Monday afternoon, April 29, 2019 at Hospice of Louisville in Louisville, Kentucky. Visitation will be at 10 a.m. Monday, May 13, followed by the 11 a.m. funeral service at Second Baptist Church, 389 Little Union Road, Faifield, KY 40020. Interment with military honors will be in Kentucky Veterans Cemetery – Central, Radcliff, KY.

George was born in Madisonville, Kentucky on July 3, 1930 to the late Mr. Doss and Mrs. Jose Gant-Harris. He accepted Christ and was baptized at an early age at the Eastview Baptist Church in Madisonville, KY. He graduated from Rosenwald High School in Madisonville, KY. He served in the U. S Army and fought in the Korean War. He worked for Chrysler Motor Company for over 30 years before his retirement. He later moved from Indianapolis, IN to Columbus, OH. Later, he moved from Columbus, OH to Louisville, KY in order to be closer to his daughter and family. He united with the Second Baptist Church Fairfield, KY where he was a member under the pastoral leadership of his son-in-law.