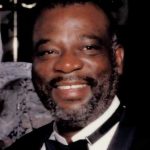 John’s life began in the care of his parents, Napoleon Boyette, Sr. and Mazelle Sallis Boyette in Durant, Mississippi.

At an early age, John began his spiritual walk with the Lord. He was baptized as a member of the Durant Missionary Baptist in Durant, Mississippi under the pasturage of Rev. R. C. Ingram. He served in the Junior Choir, he was a regular Sunday School and BTU student and church worshiper. John was an active member until he relocated to Louisville, KY.

John’s education began at the Holmes County Training School in Durant, Mississippi. He entered Durant Attendance Center as an eighth grader and remained until his High School Graduation in 1964. While in high school, he was a valuable player on the Durant Yellow Jackets Football Team, playing wide receiver position. After High School Graduation, John decided to become a family man by marrying his High School Sweetheart ,Albertine Harmon and relocated to Louisville. To this union his two precious children were born.

John loved life, he took life as he experienced it and made the best of it. If John was given the sourest of life’s lemons, he made the best lemonade, and life moved on in a positive way.

John was employed by General Electric for years and later worked for T.A.R.C. from which he retired.