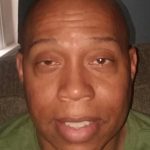 Mark Anthony Morgan-Fields, 56, passed away June 23, 2020. Visitation will begin 10 a.m. to  Thursday, July 2, at Rodgers-Awkard & Lyons Funeral Home, 951 S. Preston Street. Funeral service will follow at 12 noon. Interment will be private. He was born March 2, 1964 to the late Betty Jean Fields and Charles Henry Fields in Newport, Virginia. Although he lost his mother at a very early age, he was raised by his grandmother and aunt and uncle. He expressed nothing, but loving happy memories from growing up. He worked in many different fields from acting in California next to some of the greats like Bill Cosby.To Macy’s Dept. Store and eventually being a General Manager which he has been for over a decade and over three years at his current Circle K store where he was adored by each and every employee and customer….. Anyone he encountered he cared for. He touched the lives of so many and supported growth and positivity his smile would light up any room he entered. The love the world shares for him will only grow and never fade. He leaves his memories to cherish Spouse, Dee Morgan-Fields: Father, Charles Henry Fields; Brother Brian Fields and a host of aunts, uncles, cousins and friends.