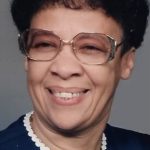 Services will be Tuesday, December 29, 2020 with pass through viewing from 11 a.m. – 12 noon. Private family viewing beginning at 12 noon and funeral service to follow at 1 p.m. at Burnett Avenue Bapitst Church, 6800 S. Hurstborne Pkwy. Entombment will be in Evergreen Cemetery.