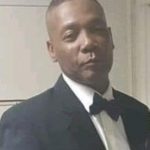 Robert was born on October 4, 1965 in Louisville, KY to Gail O’Neal and the late Robert O’Neal, Sr.

Robert accepted Christ later in life. He was educated through the Jefferson County Public system and graduated from DuPont Manual in 1985. He later attended Kentucky State University.

Robert, “Rob” or “Bobby” was a very dedicated worker and employee. He was employed at the Galt House, Caufield’s, and Jewish Hospital. He was always known for smelling good, singing, and his waves. Popular phrases from Rob were “L-I-G Let it go”, “Tell it like it IT is”, “I heeeaaarrrr ya (i—eeayah),” “AD Porter you kill’em, we chill’em,” “4ja is a soulja,” “peace in the middle east Chief,” and many more. One of Bobby’s favorite songs of all times was “Funkdafied” by Da Brat. You could find him bopping with that “cool swag” when that or one of his songs came on the radio.

Robert was preceded in death by his father Robert Earl O’Neal, Sr.