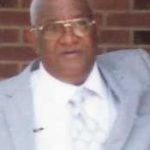 Robert Franklin Curry “Bobby”, 72, passed away on June 6, 2019. Funeral services will be Wednesday, June 12, 2019 with visitation beginning at 11 am and funeral service to follow at 1 pm at New Zion Baptist Church, 1501 Louis Coleman Jr. Drive.

Bobby was born December 31, 1946 in Taylor County, Kentucky to the late Sidney Curry and Mattie L. Curry Able. Bobby was one of three children. In addition to his parents, he was preceded in death by his brother Mack Allen and his grandson, LaDavid Delorch. He attended public schools in Taylor County until 1953 when the family moved to Louisville, Kentucky at which time he attended the Jefferson County Public Schools.

He was a former employee of General Electric, Louisville Gas & Electric Company and retired from the City of Louisville. He was an avid fisherman and a staunch U of L fan.