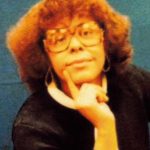 Shirley Ann Duvall, 81, passed away on September 30, 2021. Services will be Wednesday, October 6, 2021 with visitation beginning at 10 a.m. and funeral service to follow at 12 noon at N Street Baptist Church, 2914 S. 6th Street. Interment will be in Kentucky Veterans Cemetery Central, Radcliff, KY.

Shirley Ann Duvall peacefully departed this life to be received into the loving arms of our Heavenly Father on September 30, 2021. She was born as the only child to James Edward Cannon and Stella Mae Smith on June 13, 1940.  Shirley grew up in South Louisville in the neighborhood affectionately known as Bingham. She attended G. G. Moore Elementary, Jackson Jr. High and went on to attend Central High School.

Shirley later went on to begin work at Henry Vogt Machine Company where she worked her way up from processing invoices to becoming an Office Manager.  She retired after being faithfully under their employ for over 34 years. She met and married Arthur Cox Duvall in 1980.  They remained blissfully joined for over 40 years until he preceded her in death.

Shirley accepted Christ at an early age and was a faithful member of N Street Baptist Church where she helped to serve as Head of the Usher Board for many years.  She had a strong faith in God and absolutely loved her church home and its congregants. She had a true servant’s heart and had an unrequited and unconditional love for her family.  She selflessly always put her family first.