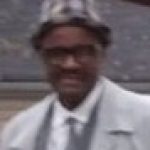 Terry was born March 8, 1954 in Louisville, Kentucky to the late Gilbert and Mae Etta Robbins.

He received his education in the Jefferson County Public School system.

Terry accepted Christ as his Lord and Savior and was a member of St. Stephen Church. He was known to be a fashionable person, and was an entrepreneur for many years. In later years, he opened his own retail store, “Terry’s Accessories” which he was very proud of.

Terry was an avid sports fan for the L.A. Lakers. He had a contagious smile, and was a very well known throughout the city.

Terry was blessed to have two children whom he was extremely proud of Terry L. Robbins and Deirdre Robbins Drake. He also loved his grandchildren dearly as well.

On Thursday, June 13, 2019 Terry departed this life at Norton Hospital. He was preceded in by his parents, siblings, Bobby Ramsey and Thomas Robbins Sr. and niece, Monica Parrish.